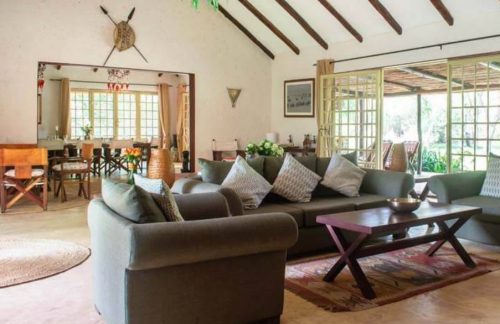 Arusha, Tanzania, September 9, 2021 / TRAVELINDEX / Tanzanian President Samia Suluhu Hassan has launched a tourism documentary program that will give exposure to Tanzania in the global tourism market, targeting to attract more visitors and investments in the country. The just-launched “Royal Tour” documentary program, a production of Peter Greenberg Worldwide, will be recorded in different places in Tanzania and is initiated by Willem Kuipers, founder of Kili Villa, and travel editor Peter Greenberg with support of Hon. Dr. Damas D. Ndumbaro, Minister of Natural Resources and Tourism.

On the tour, the President will join visitors herself then take part to record the tour for global dispatch and circulation. The recording of the documentary that is meant to promote Tanzania internationally started on August 28, 2021 in Zanzibar, where the President is currently on an official visit.

“The President will show visitors different tourism, investments, arts, and cultural attractions available in Tanzania,” reads part of the statement issued by the President’s Office of Tanzania. The Royal Tour program is intended to strengthen relationships, and to inspire tourism and travel cooperation between Tanzania, other nations, and organizations.

The Royal Tour, the iconic and precedent-setting series of global television specials, has been produced for the past two decades, as Heads of States become the ultimate tour guides, showing their country to travel guru Peter Greenberg. Royal Tour programs offer a unique platform to showcase a country and its people and to provide a better – and credible – understanding of its culture and people through the eyes of its leader. Past Royal Tours have been made with the head of states of Jordan, New Zealand, Jamaica, Peru, Mexico, Israel, Ecuador, Rwanda, and Poland.

The Royal Tour programs air across the United States in prime time on public television (PBS), and have multiple repeat broadcasts over four to ten years beyond the initial broadcast, reaching millions of Americans. The program is then distributed internationally airing across Europe, Latin America, Africa, Asia/Pacific and The Middle East. The content is also distributed via numerous digital platforms, ranging from Amazon Prime to YouTube.